30 March 2022: David Tapscott, Site Manager at Norval from 2005 – 2022 passed away gracefully on 12 March, just short of his 61st birthday. Farewelled with love by wife, Cathy, and children Maddi, Zac and Eloise and their families in a private memorial service on 18 March and on the 23 March. There was a gathering in Portland for family and friends to pay their respects. A number of UCC staff and UCC Camping Committee members attended including Rev. Tim Angus (Chair of the UC Camping Committee).

A gathering will be held at Norval in the coming months with the Presbytery of Western Victoria Camp Committee and UCC staff where a  tree will be planted with a plaque in his memory.

David was a loved and long term serving staff member with UC Camping and a mentor to many as Site Manager. Through other roles he held during his many years of employment with the Church, he was liked by everyone he interacted with. David was well known for his friendly personable style and selfless nature.

TAPPY AND SOME OF THE NORVAL TEAM 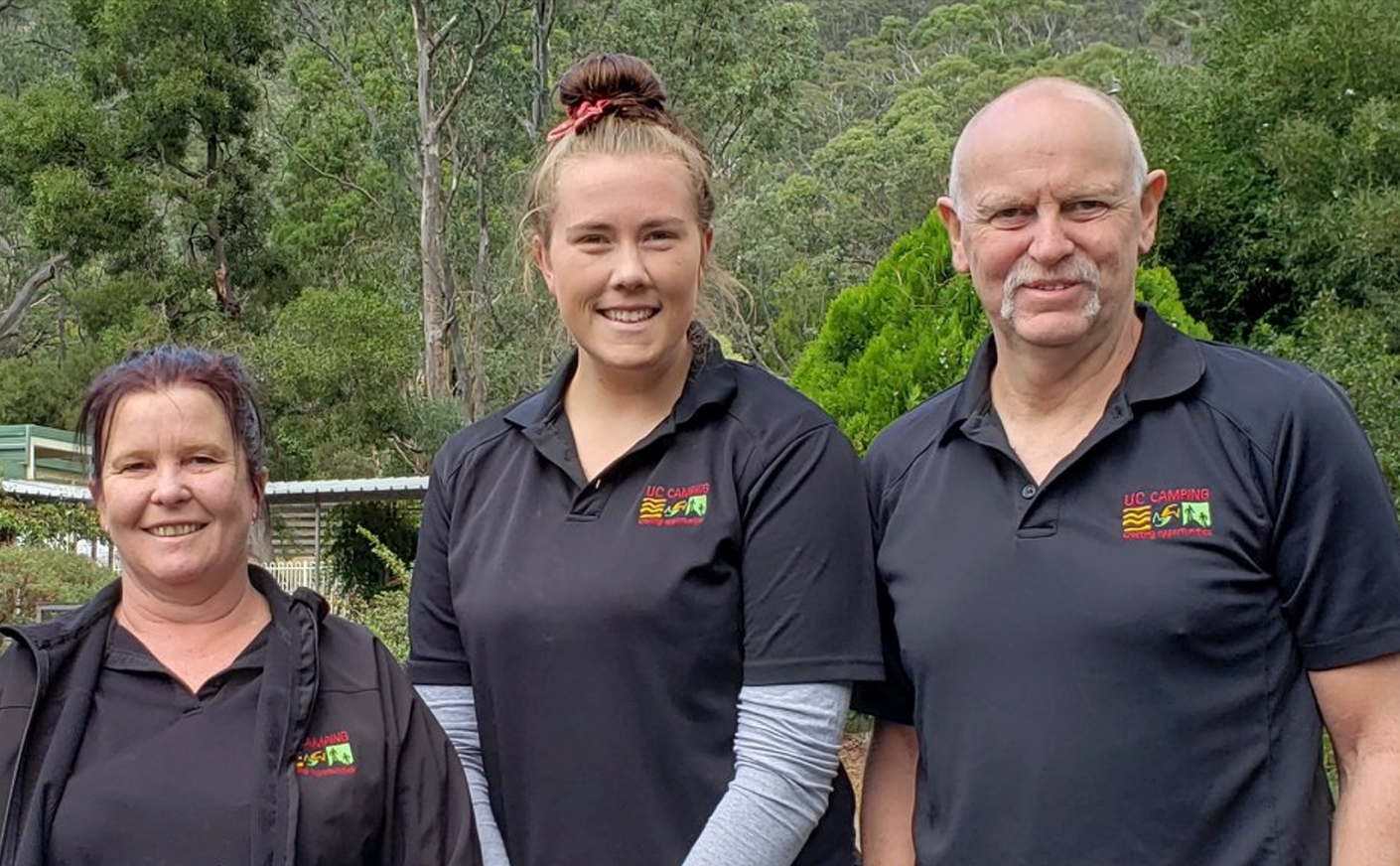 UC Camping Director, Daniel Murray said.  “We have all been the beneficiaries of David’s support, friendship and professionalism over the years and count him as both a colleague and friend. He will be greatly missed”.

Tim Angus, Chair of the Uniting Church Camping Committee, had this to say on the enormous legacy of Dave Tapscott. “At the gathering at Portland celebrating Tappy’s life the long list of his commitment to community service through sporting and other fields was both humbling and inspiring, alongside the love of his family and the breadth of those who counted him as a friend.”

Of course, many locals in Halls Gap would have seen Dave in his lycra, either spinning the wheels or having the obligatory post ride coffee/beer. He would often ride with the ‘Coffee Run to Halls Gap’ group from Stawell. Similarly, if not riding, Dave would be up early in the morning to do laps in the pool.

Above all, Dave, your legacy will live on through Cathy and your children. Rest In Peace.

Lastly, by family request, donations to can be made to Movember – True North (Prostate Cancer) – click here.